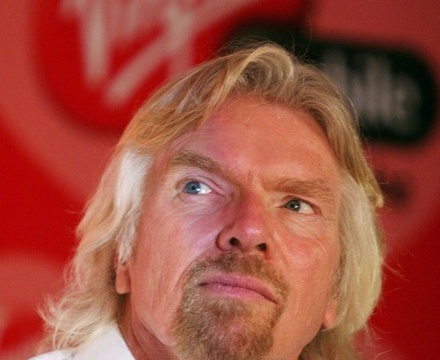 Sir Richard Charles Nicholas Branson (born 18 July 1950) is a British baron, best known for his Virgin Group of over 400 companies.

His first successful business venture was a magazine called Student at age 16. In 1970, he set up an audio record mail-order business. In 1972, he opened a chain of record stores, Virgin Records, later known as Virgin Megastores. Branson's Virgin brand grew rapidly during the 1980s—as he set up Virgin Atlantic Airways and expanded the Virgin Records music label.

Richard Branson is the 5th richest person in the United Kingdom and 254th in the world according to Forbes' 2011 list of billionaires, with an estimated net worth of approximately £2.58 billion (US$4.2 billion).

Description above from the Wikipedia article Richard Branson, licensed under CC-BY-SA, full list of contributors on Wikipedia.​

MIRACLE RISING: SOUTH AFRICA is the epic legacy of South Africa's political transformation that culminated in the first…

When you watch Choice Point, you'll finally get the answers that'll make all the difference - and what you're going to …