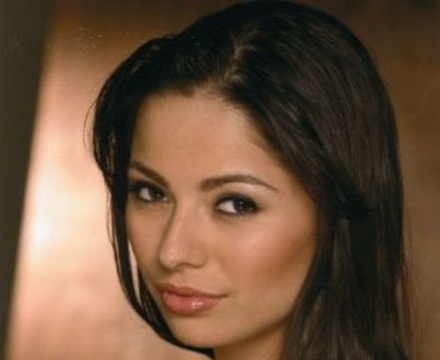 Pilar Montserrat Lastra (born January 15, 1981) is a model. She was the Playboy Playmate of the Month for August 2004.Lastra was one of the models on the NBC game show, Deal or No Deal. When the show began, she held case #26 and then #8, but then she held case #14. In April 2006, Lastra and the other 25 models from Deal or No Deal were listed as a whole in People magazine's annual 100 Most Beautiful People.She also is working for Sirius Satellite Radio hosting The Playmate Hour on Playboy Radio (with Miriam Gonzalez who was Playmate of the Month for March, 2001), and wrote one of the chapters of a serialized novel on the Sirius website (along with other Sirius talent) called, "Naked Came the Summer."

In the rapidly growing world of high stakes fantasy football, we follow 5 of the industry's top players as they grind i…