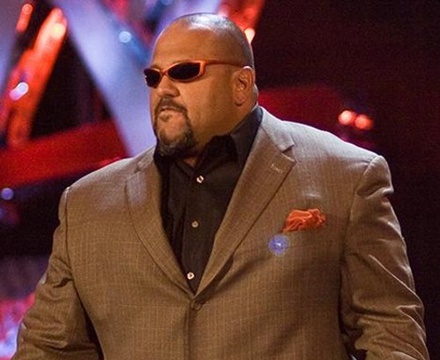 Peter Senercia is an American color commentator and a professional wrestler, best known under his ring name Taz (or Tazz). Tazz is signed to Total Nonstop Action Wrestling, where he works as a color commentator and is a member of the Aces &amp; Eights. He is best known from his tenure in Extreme Championship Wrestling, where he was a two time World Heavyweight Champion, a two time World Television Champion, a three time World Tag Team Champion, a two time (and the inaugural)FTW Heavyweight Champion, and the fourth ECW Triple Crown Champion. His World Wrestling Entertainment career as an in-ring performer came to an early end in 2002, when mounting injuries forced him to retire and become a color commentator, which he continued to do until his contract with WWE expired in April 2009. Two months later, Senercia debuted in Total Nonstop Action Wrestling at their Victory Road pay-per-view under his original Taz ring name and eventually reprised his role as a color commentator for TNA's broadcasts, replacing Don West.