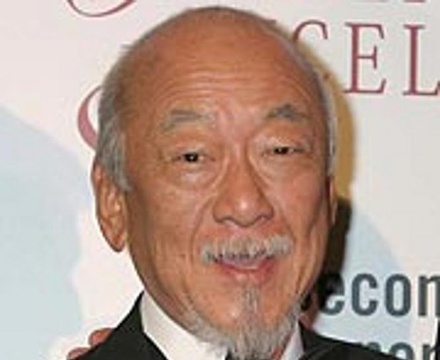 Noriyuki "Pat" Morita (June 28, 1932 – November 24, 2005) was an American actor of Japanese descent who was well-known for playing the role of Matsuo "Arnold" Takahashi on Happy Days and known as Mr. Miyagi in the The Karate Kid movie series, in which he was nominated for the Academy Award for Best Supporting Actor in 1984.

Description above from the Wikipedia article Pat Morita, licensed under CC-BY-SA, full list of contributors on Wikipedia.