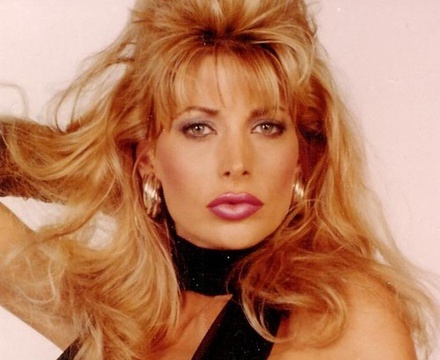 Pandora Peaks is a retired American adult model, pornographic actress and stripper. She posed for more than 100 men's magazines, such as Playboy, Score and Gent. In the 1990s, Peaks appeared as a catalog model for Pango Pango swimwear, emphasizing their claim to able to fit any woman. In 1991 she appeared in the Andy Sidaris spy movie, Do or Die. She also played a minor character in the 1996 Demi Moore vehicle, Striptease. Credited as Stephanie Schick, she played stripper Urbanna Sprawl. Peaks starred in the eponymous Pandora Peaks, Russ Meyer's final film, released in 2001. The 72-minute movie has no dialogue, just footage of Peaks undressing, dressing and walking around, with narration by Peaks and Meyer.