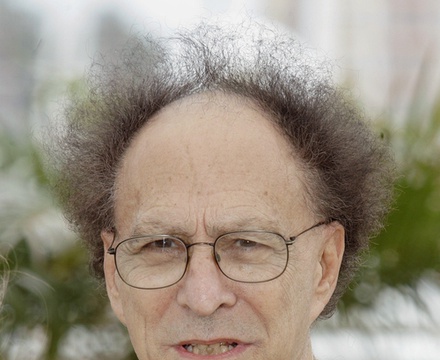 Monte Hellman (born July 12, 1932, in New York City, New York) is an American film director, producer, and film editor. Hellman is among a group of directing talent mentored by Roger Corman, who produced several of the director's early films. Hellman's most critically acclaimed film to date has been Two-Lane Blacktop (1971), a road movie that was a box office failure at the time of its initial release but has subsequently turned into a perennial cult favorite. Hellman's two acid westerns starring Jack Nicholson, Ride in the Whirlwind and The Shooting, both shot in 1965 and released directly to television in 1968, have also developed cult followings, particularly the latter. A third western, China 9, Liberty 37 (1978), was far less successful critically, although it too has its admirers, as do Cockfighter (1974) (aka Born to Kill)  and Iguana (1988). In 1989 he directed the straight-to-video slasher film Silent Night, Deadly Night 3: Better Watch Out!. In 2006, he directed "Stanley's Girlfriend," a section of the omnibus horror film Trapped Ashes. Hellman's section of the film was presented by the Cannes Film Festival that year as an "Official Selection" and Hellman was named president of the Festival's "Un Certain Regard" jury. In 2009, he began production on a new feature film, the romantic film noir thriller, Road to Nowhere, which is scheduled to compete for the Golden Lion at the 67th Venice International Film Festival. He currently teaches in the Film Directing Program at the California Institute of the Arts. At the 2010 Venice Film Festival he was awarded with a Special Lion Award for Overall Work.

Description above from the Wikipedia article Monte Hellman, licensed under CC-BY-SA, full list of contributors on Wikipedia.