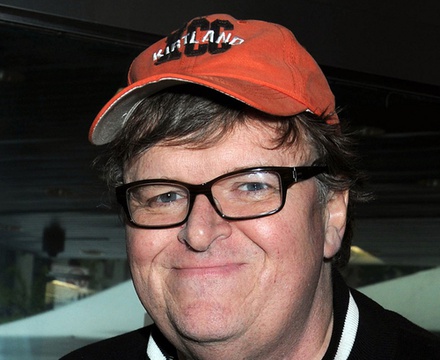 Michael Francis Moore  (born April 23, 1954) is an American filmmaker, author and liberal political commentator. He is the director and producer of Bowling for Columbine, Fahrenheit 9/11, Sicko, and Capitalism: A Love Story, four of the top ten highest-grossing documentaries of all time. In September 2008, he released his first free movie on the Internet, Slacker Uprising, documenting his personal crusade to encourage more Americans to vote in presidential elections. He has also written and starred in the TV shows TV Nation and The Awful Truth.
Moore criticizes globalization, large corporations, assault weapon ownership, U.S. Presidents Bill Clinton and George W. Bush, the Iraq War, and the American health care system in his written and cinematic works.

A documentary about the closure of General Motors' plant at Flint, Michigan, which resulted in the loss of 30,000 jobs.…