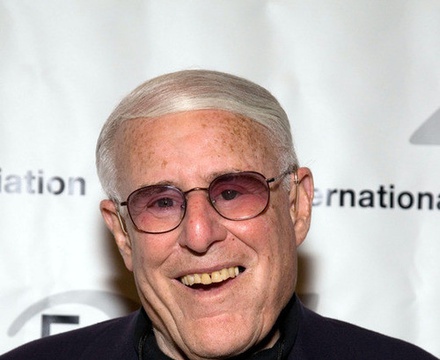 Mel Stuart  (born September 2, 1928) is an American film director and producer.
Stuart directed the fantasy-musical Willy Wonka & the Chocolate Factory (1971). He has directed other features, including If It's Tuesday, This Must Be Belgium (1969), One Is a Lonely Number (1974) and Running on the Sun: The Badwater 135 (2000).
Stuart also directed feature documentaries including Four Days in November and Wattstax.
In addition he has directed or produced over 150 films including movies of the week, The Triangle Factory Fire, Bill, The Chisholms, and Ruby and Oswald, the television series Ripley's Believe it Not, and the documentaries The Making of the President 1960, 1964, and 1968, The Hobart Shakespeareans, Rise and Fall of the Third Reich, Man Ray - The Prophet of the Avant-Garde, George Plimpton and the Philharmonic and The Poet's View. He has been awarded four Emmy awards, an Academy Award nomination, a Peabody and numerous other awards. He served as president of the International Documentary Association for two years.
He was related to TV producer David L. Wolper.

Description above from the Wikipedia article Mel Stuart, licensed under CC-BY-SA, full list of contributors on Wikipedia