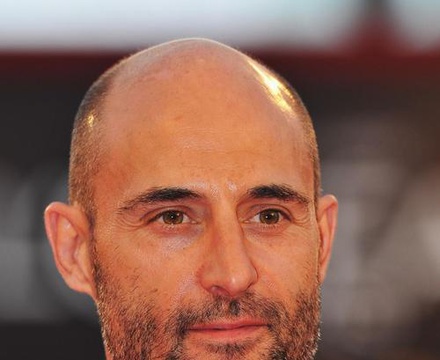 British actor Mark Strong, who played Jim Prideaux in the 2011 remake of Tinker Tailor Soldier Spy (2011), is often cast as cold, calculating villains. But before he became a famous actor, he intended to pursue a career in law.
Strong was born Marco Giuseppe Salussolia on 30 August, 1963 in London, England, to an Austrian mother and an Italian father. His father left the family not long after he was born, and his mother worked as an au pair to raise the boy on her own. Strong's mother had his name legally changed when he was young in order to help him better assimilate with his peers.
Although Americans are most familiar with Strong's roles as Sinestro in Green Lantern (2011), mob boss Frank D'Amico in Kick-Ass (2010), and Lord Blackthorn in Sherlock Holmes (2009), British audiences know him from his long history as a television actor. He also starred in as numerous British stage productions, including plays at the Royal National Theatre and the RSC.
His most prominent television parts include Prime Suspect 3 (1993) (TV) and Prime Suspect 6: The Last Witness (2003) (TV) as Inspector Larry Hall, and starring roles in the BBC Two dramas "Our Friends in the North" (1996) and "The Long Firm" (2004), the latter of which netted Strong a BAFTA nomination. He also played Mr. Knightley in the 1996 adaptation of Jane Austen's classic tale Emma (1996) (TV).
Strong resides in London with his wife Liza Marshall, with whom he has two sons, the younger of which is the godson of his longtime friend Daniel Craig.

National Geographic: The Story of Earth

This documentary combines archaeological and geological evidence with tales passed down through generations, uncovering…