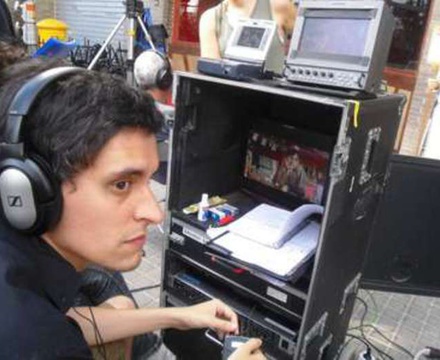 Marcel Barrena (born in 1981, Barcelona) is a film director, screenwriter, producer and editor.

In 2011 he won the Catalan Academy Award for his movie debut, Cuatro estaciones a low budget romantic comedy that was highly appreciated by the public, both in its TV screenings as well as on the Internet.
Marcel Barrena is the first director that won Gaudí Award for two different films (for "Cuatro Estaciones" and "Little World" as well).

Cuatro Estaciones was the first TV movie to represent Spain at CinemaSpagna Festival in Rome. It also won the Best Movie, Director and FIPRESCI awards at the Festival de Alicante and best TV-Movie at the Catalan Gaudi Festival. Barrena’s second film is the acclaimed documentary Món Petit (Little World) The film has been recently awarded with the DOC U Award at IDFA, the most important documentary film festival in the world, and has become the first Spanish movie to get to the 3rd place at the IDFA Audience Award, out of 300 documentaries. Neil Young, from the Hollywood Reporter, defines Little World as “one of my top 10 films of the year.”Little World: Best Documentary at Boulder International Film Festival (2013); Audiencia Award at Norwegian Dok Film Festival... Little World will open commercially in 2013 in Spain. Before that, it will be visiting some of the greatest film festivals around the world.

Albert Casals is a young man who has been in a wheelchair since suffering leukemia at the tender age of five. But this …