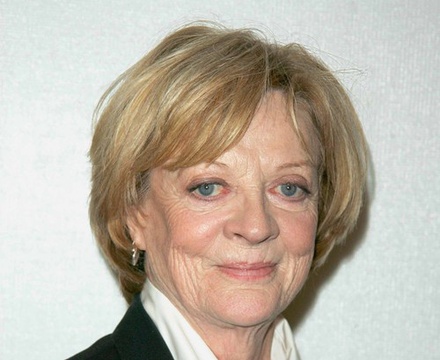 Dame Margaret Natalie Smith, DBE (born 28 December 1934), better known as Maggie Smith, is an English film, stage, and television actress who made her stage debut in 1952 and is still performing after 59 years. She has won numerous awards for acting, both for the stage and for film, including five BAFTA Awards, two Academy Awards, two Golden Globes, two Emmy Awards, two Laurence Olivier Awards, two SAG Awards, and a Tony Award. Her critically acclaimed films include Othello (1965), The Prime of Miss Jean Brodie (1969), California Suite (1978), Clash of the Titans (1981), A Room with a View (1985), and Gosford Park (2001). She has also appeared in a number of widely-popular films, including Sister Act (1992) and as Professor Minerva McGonagall in the Harry Potter series. Smith has also appeared in the recent hit TV series "Downton Abbey" (2010-2011) as Violet, Dowager Countess of Grantham.

Description above from the Wikipedia article Maggie Smith, licensed under CC-BY-SA, full list of contributors on Wikipedia.