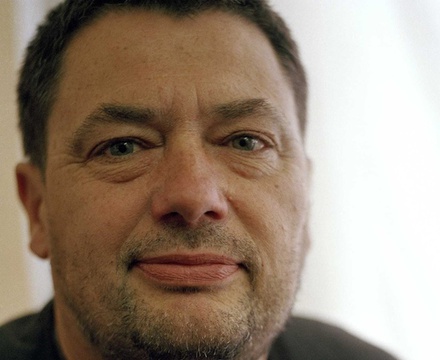 Lutz Dammbeck was born in 1948 in Leipzig (East Germany). He studied graphic design. In the 1970s he started out as a painter and graphic designer while discovering animated film as a means of experimenting and expression. Until 1986 he produced his films in East Germany for production company DEFA. In 1986 he emigrated to West Germany in order to continue with his Herakles-project that was rejected by East German authorities. This project included films, installations, paintings and performances. It was pursued until 2002. Since the 1990ies Dammbeck turned his focus from animated shorts to documentaries about the art world.

A renowned TV host uncovers the secrets of an iconic game show on the former East German television, back in the sixtie…

With his usual sharpness and critical sense, German filmmaker Lutz Dammbeck makes a revisionist essay about the interne…

Time Of The Gods

How did the revolutionary German sculptor Arno Breker become the object of adoration and protégé of Adolf Hitler? In th…

After the fall of the Berlin wall, in this documentary the incisive filmmaker Lutz Dammbeck takes a look at the history…

In this collage-experimental short film, filmmaker Lutz Dammbeck pays homage to the postulates that Sergei Eisenstein a…

The Cave Of Hercules

When his film project on the figure of Hercules was rejected in the former East Germany, filmmaker Lutz Dammbeck manage…