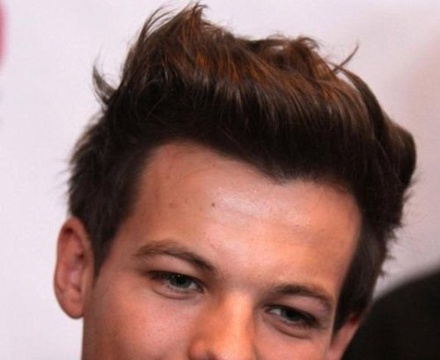 Louis William Tomlinson, born Louis Troy Austin on 24 December 1991, is an English pop singer-songwriter, footballer, and actor, known as a member of the boy band One Direction. Liam was born to Johannah (née Poulston) from Doncaster, South Yorkshire, England and Troy Austin. His parents split up when he was young and he took the surname of his stepfather, Mark Tomlinson. Tomlinson began his career as an actor, initially appearing in ITV drama Fat Friends as an extra. He also went on to appear in another ITV drama film If I Had You and the BBC drama Waterloo Road. In 2010 he became a founding member of the pop band One Direction which went on to finish third in the 2010 series of The X Factor. In 2013 he was signed as a footballer by Doncaster Rovers of the Football League Championship on a non-contract basis.