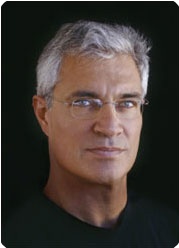 Louis (Louie) Psihoyos (born 1957) is an American photographer and documentary film director known for his still photography and contributions to National Geographic. Psihoyos, a licensed scuba-diver, has become increasingly concerned with bringing awareness to underwater life. In 2009 he directed and appeared in the feature-length documentary The Cove, which won an Oscar for Best Documentary Feature.

Description above from the Wikipedia article Louie Psihoyos, licensed under CC-BY-SA, full list of contributors on Wikipedia.

The Cove tells the amazing true story of how an elite team of individuals, films makers and free divers embarked on a c…