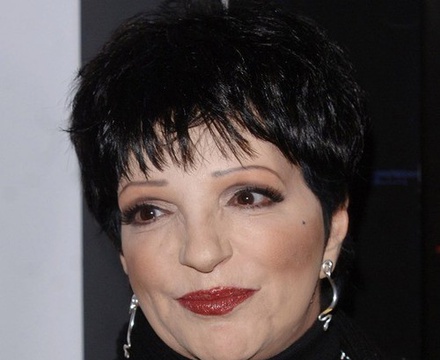 Liza May Minnelli (born March 12, 1946) is an American actress and singer. She is the daughter of singer and actress Judy Garland and film director Vincente Minnelli.

She starred in Liza's Back, in 2002. She had guest appearances in the sitcom Arrested Development and had a small role in the movie The OH in Ohio, while continuing to tour internationally. In 2008/09 she performed the Broadway show Liza's at The Palace...! which earned a Tony Award for Best Special Theatrical Event.

Minnelli has won a total of three Tony Awards awards, including a Special Tony Award. She has also won an Oscar, an Emmy Award, two Golden Globes and a Grammy Legend Award for her contributions and influence in the recording field, along with many other honors and awards. She is one of the few entertainers who have won an Oscar, Emmy, Grammy, and Tony Award.

Description above from the Wikipedia article Liza Minnelli, licensed under CC-BY-SA, full list of contributors on Wikipedia.

A Brazilian Theater group that through talent, irony and humor confronted the Brazilian violent dictatorship in the 197…

A Tale of Two Sisters - Lorna Luft and Liza Minnelli