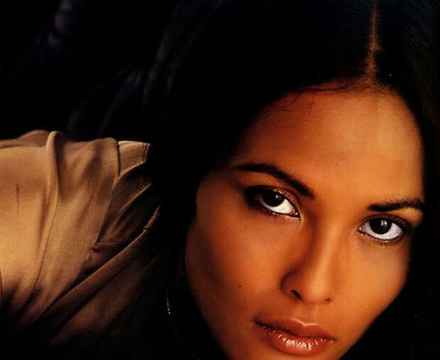 Laurette Marcia "Laura" Gemser (born October 5, 1950, Java, Indonesia) is a Dutch-based actress of Indo descent. She is known for her work with director Joe D'Amato and Bruno Mattei, in particular, for doing a set of exploitation-style and Black Emmanuelle films. Gemser has also been credited as Moira Chen, most notably in Love Is Forever (1983).

Her most mainstream and well-received role was as Laotian refugee Keo Sirisomphone in Michael Landon's 1983 American television movie, Love Is Forever, in which she was credited as Moira Chen.[citation needed] Gemser continued to do films: at times, she worked with her actor husband, Gabriele Tinti. In the 1990s, she left the movies to do costume designing for film. In addition, she lost her husband, who died of cancer in 1991. Today she lives in retirement and low profile in Rome, but she is still remembered as one of the many beautiful women who played the sensual adventuress Emmanuelle.

Description above from the Wikipedia article Laura Gemser, licensed under CC-BY-SA, full list of contributors on Wikipedia

Documentary about the Emmanuelle movies, looking at their making as well as their social and cultural impact.