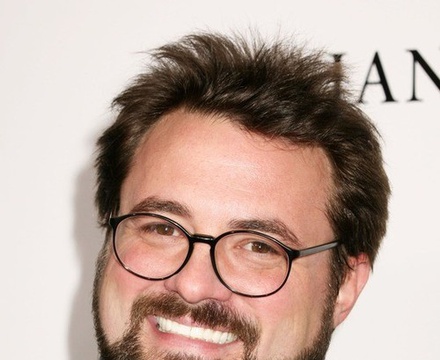 Kevin Patrick Smith (born August 2, 1970) is an American screenwriter, actor, film producer, and director, as well as a popular comic book writer, author, comedian/raconteur, and internet radio personality best recognized by viewers as Silent Bob. His films include Clerks, Dogma, Zack and Miri Make a Porno, Cop Out, and the upcoming horror film Red State. His films are often time set in his home state of New Jersey, and while not strictly sequential, they frequently feature crossover plot elements, character references, and a shared canon in what is known by fans as the "View Askewniverse", named after his production company View Askew Productions.

He is also the co-founder, with Scott Mosier, of View Askew Productions, and owner of Jay and Silent Bob's Secret Stash comic book and novelty store in Red Bank, New Jersey. He hosts a weekly podcast with Scott Mosier known as SModcast. Smith is well-known for participating in long, humorous Q&A sessions that are often filmed for DVD release, beginning with An Evening with Kevin Smith.

Description above from the Wikipedia article Kevin Smith, licensed under CC-BY-SA, full list of contributors on Wikipedia.