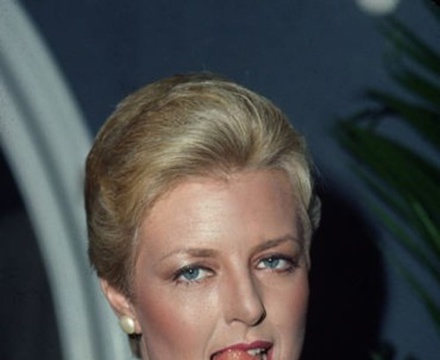 Juliet was born in Burbank, California on July 23, 1938. After teaching
English as a second language for several years in Japan, Mexico, Greece
and Finland, she moved to the United States wanting to radically change
her life. She stumbled into the adult film industry at the age of 39.
For the next couple years she went on to make several dozen movies
including the renowned Aunt Peg series.