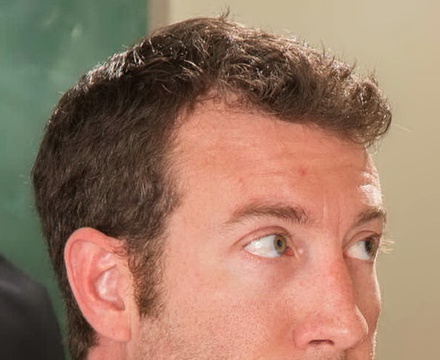 Jordan Ash is likely one of the more recognizable male performers in the adult industry today. At 6'4" he is not easy to miss spotting in any hardcore shoot he is involved in. His deceptive every day features can easily be unmasked to reveal a tall, fit, well-endowed performer who impressively portrays highly-satisfying work on camera with the female stars he is booked with. Most viewers may know him for his frequent appearances as nerdy, sexually-inexperienced school boys or a blue-collar worker, until in later production shoots cast him in more authoritative roles such as an office executive or town mayor. Ultimately, Jordan is an established favorite for both viewers, casting officials and female talent and his legacy in the business is only being solidified with high quality work year after year.