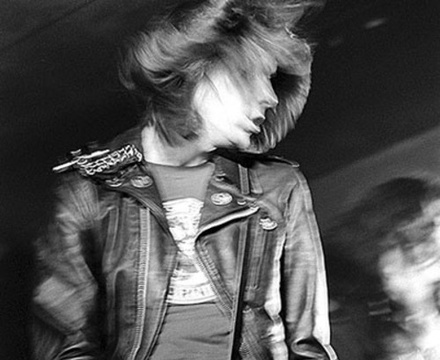 From Wikipedia, the free encyclopedia.   John William Cummings (October 8, 1948 – September 15, 2004),  better known by his stage name Johnny Ramone, was a guitarist and songwriter, best known for being the guitarist for the punk rock band the Ramones. He was a founding member of the band, and remained a member throughout the band's entire career. In 2003, he appeared as #16 on the "100 Greatest Guitarists of All Time" list in Rolling Stone  and on Time's "10 Greatest Electric-Guitar Players." Description above from the Wikipedia article Johnny Ramone, licensed under CC-BY-SA,full list of contributors on Wikipedia.