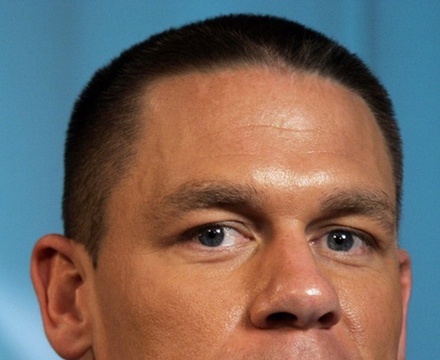 John Felix Anthony Cena (born April 23, 1977) is an American actor, rapper, and professional wrestler currently signed to WWE on its Raw brand. He is the reigning WWE Champion.

Outside of wrestling, Cena has released the rap album You Can't See Me, which debuted at #15 on the US Billboard 200 chart, and starred in the feature films The Marine (2006), 12 Rounds (2009), and Legendary (2010). Cena has also made appearances on television shows including Manhunt, Deal or No Deal, MADtv, Saturday Night Live, Punk'd, and Psych. Cena was also a contestant on Fast Cars and Superstars: The Gillette Young Guns Celebrity Race, where he made it to the final round before being eliminated, placing third in the overall competition.

Description above from the Wikipedia article John Cena, licensed under CC-BY-SA, full list of contributors on Wikipedia.