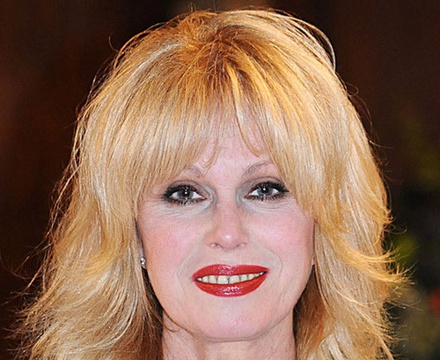 Joanna Lamond Lumley, OBE, FRGS (born 1 May 1946) is an English actress, voice-over artist and author, best known for her roles in British television series Absolutely Fabulous portraying Edina Monsoon's best friend, Patsy Stone, as well as parts in The New Avengers, Sapphire & Steel, and Sensitive Skin. She is a former model and Bond girl. Her distinctive voice has been supplied for animated characters, film narration, and AOL's "You have email" notification in the UK. She has spoken out as a human rights activist for Survival International and the Gurkha Justice Campaign, and is now considered a "national treasure" of Nepal because of her support. She is an advocate for a number of charities and animal welfare groups such as CIWF and Viva!. She has won three BAFTA awards and a British comedy award.

Joanna Lumley in the Land of the Northern Lights

Comedy icon Joanna Lumley pursues a life-long dream to track down the elusive and beautiful Northern Lights. She travel…

Joanna Lumley: Elvis and Me

Joanna Lumley travels to the USA to follow in the King of Rock 'n' Roll's footsteps.

Joanna Lumley is on a mission to get to know the elusive, slightly eccentric front man of the Black Eyed Peas, will.i.a…

In search of the truth behind the story of Noah's Flood, Joanna Lumley and her team examine the theory that Noah's Ark …

Glamorous actress Joanna Lumley undergoes a week's hardship on an isolated island off the coast of Madagascar. She is g…

Carnage: Swallowing the Past

It's 2067, the UK is vegan, but older generations are suffering the guilt of their carnivorous past. Simon Amstell asks…