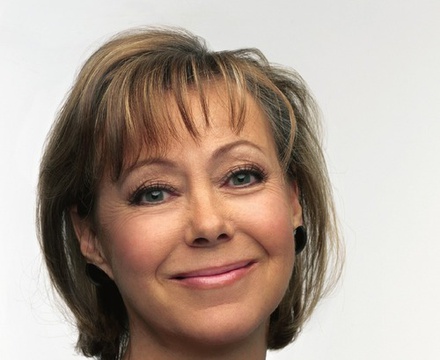 Jennifer Ann "Jenny" Agutter (born 20 December 1952) is an English film and television actress. She began her career as a child actress in the mid 1960s, starring in the BBC television series The Railway Children and the film adaptation of the same book, before moving on to adult roles and relocating to Hollywood.

She played Alex Price in An American Werewolf in London, Jessica 6 in Logan's Run, Joanne Simpson in Child's Play 2 and Jill Mason in Equus. Since the 1990s, she has worked in sound recording, and she is a patron of the Cystic Fibrosis Trust. After a break from acting she has appeared in several television series since 2000, including the British series Spooks.

Description above from the Wikipedia article Jenny Agutter, licensed under CC-BY-SA, full list of contributors on Wikipedia.

Beware the Moon: Remembering 'An American Werewolf in London'

Twenty five years on, the original cast and crew look back on the John Landis classic, An American Werewolf In London.