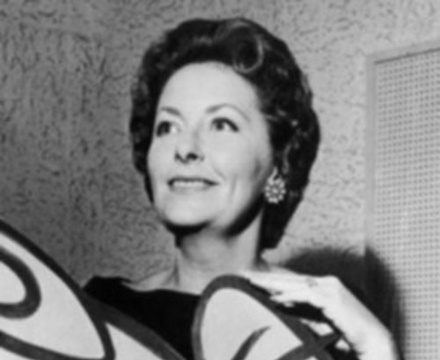 Jean Vander Pyl (October 11, 1919 – April 10, 1999) was an American actress on radio, television and movies. Although her career spanned many decades, she is best remembered as the voice of Wilma Flintstone from the Hanna-Barbera cartoon The Flintstones. She also provided the voice for Pebbles Flintstone, as well as Rosie the Robot Maid from the animated series The Jetsons, among many others, such as Fifi in Top Cat and Winsome Witch on The Secret Squirrel Show.

Description above from the Wikipedia article Jean Vander Pyl   licensed under CC-BY-SA, full list of contributors on Wikipedia.