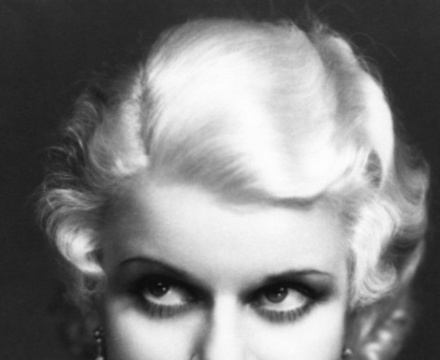 Jean Harlow (March 3, 1911 – June 7, 1937) was an American film actress and sex symbol of the 1930s.[1] Known as the "Blonde Bombshell" and the "Platinum Blonde" (due to her platinum blonde hair), Harlow was ranked as one of the greatest movie stars of all time by the American Film Institute. Harlow starred in several films, mainly designed to showcase her magnetic sex appeal and strong screen presence, before making the transition to more developed roles and achieving massive fame under contract to Metro-Goldwyn-Mayer (MGM). Harlow's enormous popularity and "laughing vamp" image were in distinct contrast to her personal life, which was marred by disappointment, tragedy, and ultimately her sudden death from renal failure at age 26.

Description above from the Wikipedia article Jean Harlow, licensed under CC-BY-SA, full list of contributors on Wikipedia

Thou Shalt Not: Sex, Sin and Censorship in Pre-Code Hollywood

A look at the forces that shaped Pre-Code Hollywood and brought about the strict enforcement of the Hays Code in 1934. …