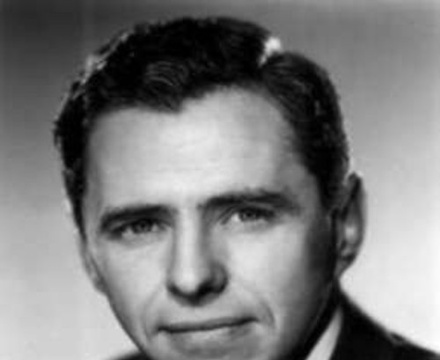 James Thomas Aubrey, Jr. (December 14, 1918 – September 3, 1994) was a leading American television and film executive. President of the CBS television network during the early 1960s, he put some of television's most enduring series on the air, including Gilligan's Island and The Beverly Hillbillies. Under Aubrey, CBS dominated American television the way General Motors and General Electric dominated their industries. The New York Times Magazine in 1964 called Aubrey "a master of programming whose divinations led to successes that are breathtaking."
Aubrey, replaced CBS Television President Louis Cowan, who was slowly dismissed after the quiz show scandals. Despite his successes in television, Aubrey's abrasive personality and oversized ego – "Picture Machiavelli and Karl Rove at a University of Colorado football recruiting party" wrote Variety in 2004 – led to his firing from CBS amid charges of improprieties. "The circumstances rivaled the best of CBS adventure or mystery shows," declared The New York Times in its front-page story on his firing, which came on "the sunniest Sunday in February" 1965. He earned the nickname “Smiling Cobra” for his brutal decision-making ways. Aubrey governed CBS with firm grip and it did not go unnoticed. He had great success selecting network programs in the beginning, but was suddenly dismissed in February of 1965. Aubrey offered no explanation following his dismissal, nor did CBS President Frank Stanton or Board Chairman William Paley. After four years as an independent producer, Aubrey was hired by financier Kirk Kerkorian to preside over Metro-Goldwyn-Mayer's near-total shutdown in the 1970s, during which he slashed the budget and alienated producers and directors but brought profits to a company that had suffered huge losses. Aubrey resigned from MGM after four years, declaring his job was done, and then vanished into almost total obscurity for the last two decades of his life.

Description above from the Wikipedia article James Aubrey, licensed under CC-BY-SA, full list of contributors on Wikipedia.