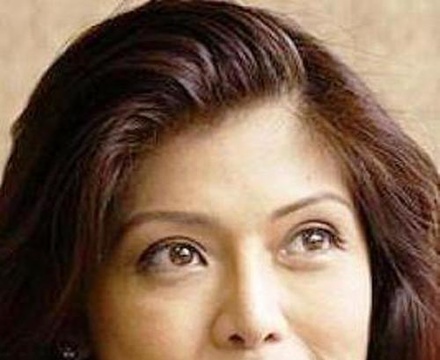 Imee Marcos (born November 12, 1955), is a Filipino politician who has been Governor of Ilocos Norte since 2010. She served three terms as Representative of the 2nd District of Ilocos Norte in the Philippine House of Representatives from 1998 to 2007. She formerly belonged to theKilusang Bagong Lipunan or KBL political party, the same party that supported her father, President Ferdinand Marcos.[1] Subsequently she joined the alliance of the Nacionalista Party ofManny Villar in support of her mother and her brother. She is the sister of Ilocos Norte SenatorFerdinand Marcos, Jr., who replaced her as the Representative for the 2nd District of Ilocos Norte. Maria Imelda Josefa Romualdez Marcos is the first child of Ferdinand Edralin Marcos, formerpresident of the Philippines (1917-1989) and his wife, former First Lady Imelda Romualdez-Marcos. Both parents ruled the Philippines together from 1965 to 1985. She was born on November 12, 1955 in Mandaluyong, Metro Manila.[1] She has a younger brother, Ferdinand "Bong-Bong" Marcos, Jr., currently a Senator of the Republic of the Philippines, and two younger sisters, Irene Marcos-Araneta,[2] a socialite, and Aimee Marcos, who was adopted and works as an entrepreneur and musician.[3] Marcos, who turned 10 the day after her father was elected president in 1965, grew up as a young child at Malacañan Palace, the official residence of the president of Republic of the Philippines. In an interview with Filipinas Magazine in 1999, she admitted that she was not comfortable living at the Palace because it was too confining, very formal and fixed. She also added that it is not necessarily the most appropriate place to bring up a kid but it was quite nice.[4] While living at the Palace, Marcos attended regular schools in Manila, then was tutored at the Palace because they found it difficult to go out because of protest rallies outside Malacañang.[5]This she found the most boring thing that happened, to learn without classmates.

A glimpse of what went on behind the making of the iconic Ishmael Bernal film.