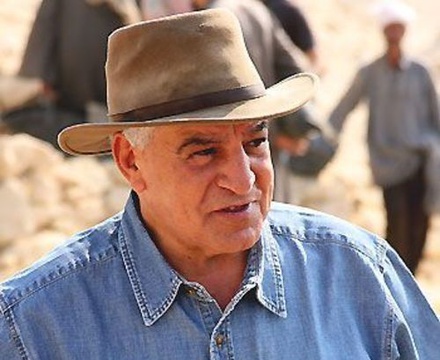 Zahi Hawass (Arabic: زاهي حواس‎; born May 28, 1947) is an Egyptian archaeologist, an Egyptologist, and former Minister of State for Antiquities Affairs.[7][8] He has also worked at archaeological sites in the Nile Delta, the Western Desert, and the Upper Nile Valley.

Hawass has received widespread publicity internationally, and was the subject of a reality television series in the United States, Chasing Mummies. His views and links to business ventures and the Mubarak regime have engendered controversy. In connection with the awarding of a gift shop contract at the Egyptian Museum and alleged smuggling of antiquities, he was sentenced to a prison term, which was later lifted.

Egypt's Ten Greatest Discoveries is a documentary on the Discovery Channel, written and directed by Ben Mole and hosted…