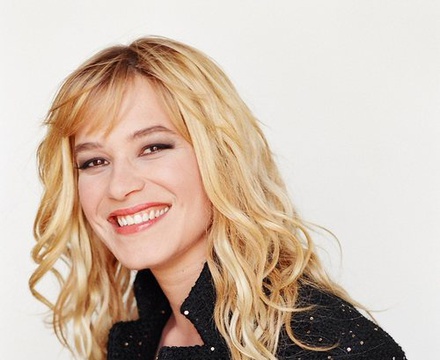 Franka Potente is a German film actress and singer. She was born on July 22, 1974 in Münster North Rhine-Westphalia and raised in nearby Dülmen. She first appeared in the comedy After Five in the Forest Primeval (1995) and gained critical recognition in the action thriller Lola rennt (released in English as Run Lola Run) (1998). Potente received Germany's highest film and television awards for her performances in Run Lola Run and Opernball. After half a decade of critically acclaimed roles in German films, Potente gained Hollywood's attention by playing the role of Barbara Buckley in Blow (2001) and the female lead with Matt Damon in The Bourne Identity (2002). In 2006, she starred with Eric Bana in the Australian film Romulus, My Father, for which she was nominated for an Australian Film Industry Award for Best Lead Actress. Also in 2006, she wrote and directed Der die Tollkirsche ausgräbt, a silent comedy. She has also appeared in several American television series including, The Shield in 2007, House M.D. in 2009 and Psych in 2010. As of 2011, she played Hilda in a BBC drama The Sinking of the Laconia. When not working on location, Potente lives in Berlin.

Description above from the Wikipedia article Franka Potente, licensed under CC-BY-SA, full list of contributors on Wikipedia.

Beate Uhse was a German pilot and entrepreneur. The only female stunt pilot in Germany in the 1930s, after World War II…