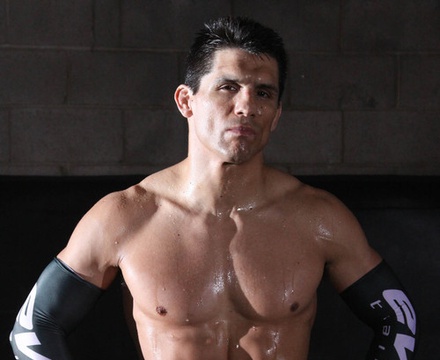 He has been named "Fighter of the Decade" for the 1990s by the Wrestling Observer, "Best Full Contact Fighter", by Black Belt magazine (1998), and three time "Fighter of the Year" by Full Contact Fighter Magazine. He is a 7th degree black belt in Submission Fighting as awarded by O-Sensei Philip S. Porter of the United States Martial Arts Association. He is the adopted brother of former UFC champion Ken Shamrock. He holds notable wins over Bas Rutten, Tito Ortiz, Jeremy Horn, Tsuyoshi Kohsaka, Kevin Jackson and Phil Baroni.

An author, serial entrepreneur, philanthropist and social activist, he is also a color commentator for Showtime Networks and a brand spokesman for Strikeforce, a mixed martial arts company acquired by Zuffa in 2011.

Description above from the Wikipedia article Frank Shamrock, licensed under CC-BY-SA, full list of contributors on Wikipedia.

Chronicles the daily lives of professional MMA fighters from all different levels over the course of one year.