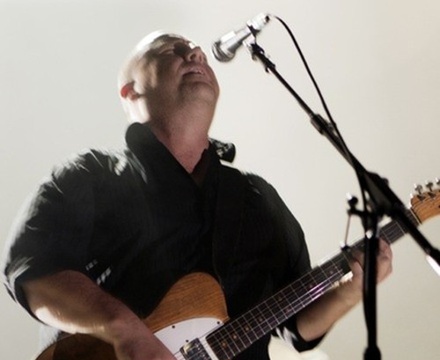 Black Francis (born Charles Michael Kittridge Thompson IV on April 6, 1965) is an American singer, songwriter and guitarist. He is best known as the frontman of the influential alternative rock band Pixies, with whom he performs under the stage name Black Francis. Following the band's breakup in 1993, he embarked on a solo career under the name Frank Black. After releasing two albums with 4AD, he left the label and formed a backing band, Frank Black and the Catholics. He reformed the Pixies in 2004 and continues to release solo records and tour as a solo artist, having re-adopted his current stage name in 2007.

His vocal style has varied from a screaming, yowling delivery as lead vocalist of the Pixies to a more measured and melodical style in his solo career. His cryptic lyrics mostly explore unconventional subjects, such as surrealism, incest and Biblical violence, along with science fiction and surf culture. His use of atypical meter signatures, loud-quiet dynamics and distinct preference for live-to-two-track recording in his career as a solo artist give him a distinct style within alternative rock.

As frontman of the Pixies, his songs (such as "Where Is My Mind?" and "Debaser") received praise and citations from contemporaries, including Radiohead's Thom Yorke and Nirvana's Kurt Cobain. Cobain once said that "Smells Like Teen Spirit" was his attempt at trying to "rip off the Pixies". However, in his solo work and records with the Catholics, he received fewer popular and critical accolades.

Description above from the Wikipedia article Black Francis, licensed under CC-BY-SA, full list of contributors on Wikipedia.​