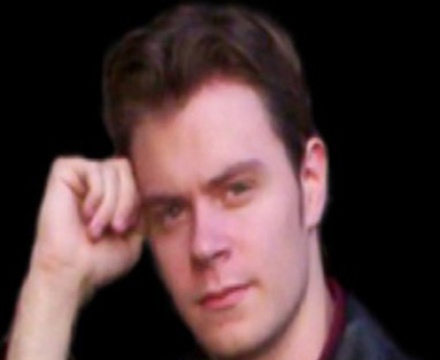 Having been inspired at a young age from the movie /series 'Stargate' to become an actor, Some friends and Edward got together to perform as the SG-1 team. As usual Edward would perform the role of Colonel Jack O'Neil and his other friends playing Tilk, Daniel and Samantha from the SG-1 team. Undertaking their own missions carried out at a park and used water pistols as weapons. Just like what takes place today in their filming but with special effects.

In his younger years Edward became a very respectable scout leader. Learning new skills and making new friends and nearly earning every badge that was possible within the scouts, all of them of the highest level.

Primary School for Edward had its ups and downs but Edward said he would do it all again if he could because of its simplicity. In year 7 he wrote a musical song for a teacher 'Ms Jessarowski' which originally started out as a poem. This song was the first in his life that was completely written on his own and popular.

In Edward's first year of College he caught up with an old friend John Haydon that he'd met at another friend's birthday party. Now great friends and working together. John became EJsFilms Assistant Director. That year Edward formed a group and started writing scripts and stories and after began filming. The video turned out fuzzy but it still had a meaning. During mid year College Edward filmed a year 7 Graduation and came up with the Trademark EJsFilms.

During the 6 February 2004 Edward and his band The Stars of Orion® released their first Album. Edward then later successfully graduated from College also receiving certificates in Music Technical Production, Business, Media and Animation &amp; Visual Effects.

In February 2006 EJsFilms first independent movie was released "Team Orion, The Fight For Freedom". In the production of this movie Edward Jeffries was the Director and performed the character "Colonel Peter Jackson". Edward was also fortunate to release a second Music Album. During February Edward work with the theatre Company "Carnival Night Shakespeare" in their production of "Montparnasse 1919" during the Adelaide Fringe performing as a French waiter. On the 11th of August 2006 The Stars Of Orion released their first single "Wonderful".

"Sometimes we have to let go of the things we love and wish to hold onto forever but as we all know something's just don't last forever. In memory of those loved in time together and not forgotten" quote from Edward.

Welcome Milord’s, Milady’s and loyal subjects to the 10th Gumeracha Medieval Fair held at the Federation Park where mor…