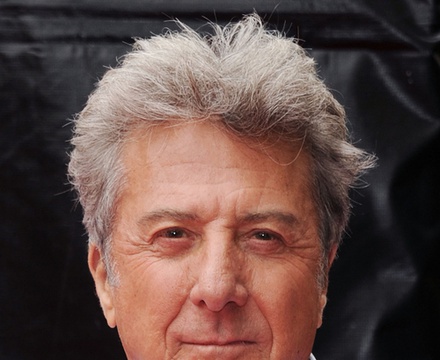 Dustin Lee Hoffman (born August 8, 1937) is an American actor with a career in film, television, and theatre since 1960. He has been known for his versatile portrayals of antiheroes and vulnerable types of characters. He first drew critical praise for the 1966 Off-Broadway play Eh? for which he won a Theatre World Award and a Drama Desk Award. This was soon followed by his breakthrough movie role as Benjamin Braddock in The Graduate (1967). Since then Hoffman's career has largely been focused in cinema with only sporadic returns to television and the stage. Some of his most noted films are Papillon, Marathon Man, Midnight Cowboy, Little Big Man, Lenny, All the President's Men, Kramer vs. Kramer, Tootsie, Rain Man, and Wag the Dog. Hoffman has won two Academy Awards, five Golden Globes, three BAFTAs, three Drama Desk Awards, a Genie Award, and an Emmy Award. Dustin Hoffman received the AFI Life Achievement Award in 1999. Description above from the Wikipedia article Dustin Hoffman, licensed under CC-BY-SA, full list of contributors on Wikipedia.

A 1973 mini-documentary about the movie 'Papillon', a behind-the-scenes feature.