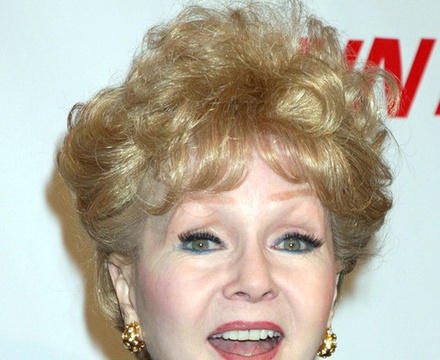 Debbie Reynolds (born April 1, 1932) is an American actress, singer, and dancer and mother of actress/author Carrie Fisher. Reynolds' marriage to Eddie Fisher ended in divorce in 1959 when he went to marry her former (and later) friend Elizabeth Taylor. She is also a collector of film memorabilia.

Description above from the Wikipedia article Debbie Reynold, licensed under CC-BY-SA, full list of contributors on Wikipedia.