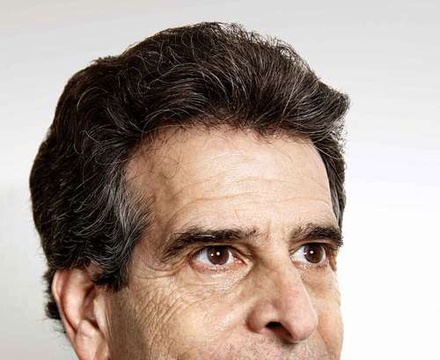 Is an inventor and entrepreneur, and a tireless advocate for science and technology. As an inventor, he holds more than 440 U.S. and foreign patents, many of them for innovative medical devices that have expanded the frontiers of health care worldwide. Some of his notable inventions include the first wearable insulin pump, a portable peritoneal dialysis machine, the iBot wheelchair mobility device, and the Segway Human Transporter. Kamen has received many awards for his efforts. Notably, Kamen was awarded the Heinz Award in 1998, the National Medal of Technology in 2000 and the Lemelson-MIT Prize in 2002. He is a Fellow of the American Institute for Medical & Biological Engineering, and has been a member of the National Academy of Engineering since 1997. He was inducted into the National Inventors Hall of Fame in May 2005.

An intimate and inspirational portrait of Segway inventor, Dean Kamen, his fascinating life, and his 15-year quest to s…