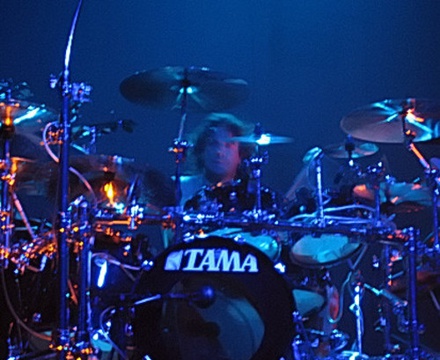 David Randall Silvera  (born September 21, 1972 in San Leandro, California) is a drummer, best known as the drummer for the band Korn from early 1993 until leaving the band in late 2006.

Description above from the Wikipedia article David Silveria, licensed under CC-BY-SA, full list of contributors on Wikipedia

Deuce is the second DVD by the American Nu Metal band, Korn. It was released on June 11, 2002 - the same day as the ban…