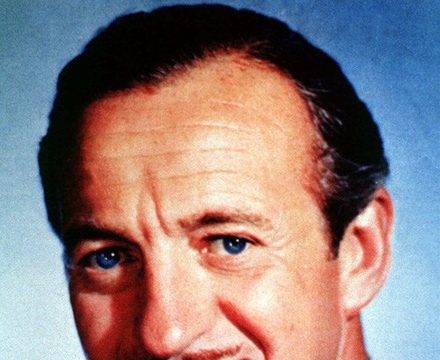 James David Graham Niven (1 March 1910 – 29 July 1983), known as David Niven, was a British actor and novelist, best known for his roles as Phileas Fogg in Around the World in 80 Days and Sir Charles Lytton, a.k.a. "the Phantom," in The Pink Panther. He was awarded the 1958 Academy Award for Best Actor in Separate Tables.

Description above from the Wikipedia article David Niven, licensed under CC-BY-SA, full list of contributors on Wikipedia.