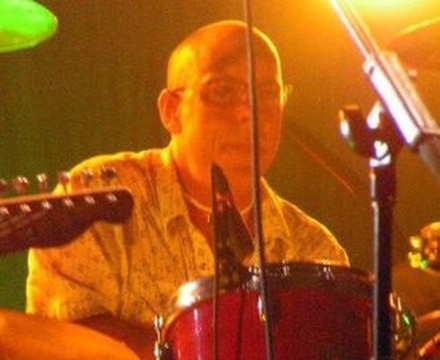 David Lovering (born December 6, 1961) is an American musician and magician. He is best known as the drummer for the alternative rock band Pixies, which he joined in 1986. After the band's breakup in 1993, Lovering drummed with several other acts, including The Martinis, Cracker, Nitzer Ebb and Tanya Donelly. He also pursued a magic career as The Scientific Phenomenalist; performing scientific and physics-based experiments on stage. When the Pixies reunited in 2004, Lovering returned as the band's drummer.

As a drummer Lovering was inspired by bands from a variety of genres, including Rush and Steely Dan. Author Ben Sisario described him as the "great unacknowledged anchor" of the Pixies, and stated that his unique influences gave "a precision and versatility essential to following Black Francis's songwriting quirks".

Description above from the Wikipedia article David Lovering, licensed under CC-BY-SA, full list of contributors on Wikipedia.​