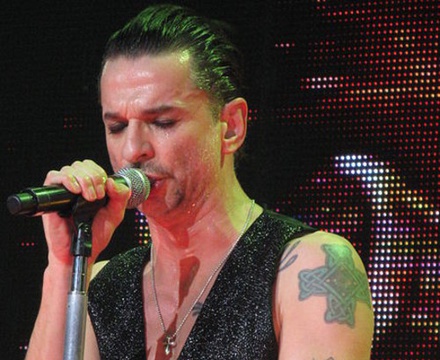 Dave Gahan (born 9 May 1962) is an English singer-songwriter, best known as the baritone lead singer for the British electronic music band Depeche Mode since their debut in 1980. He is also an accomplished solo artist, releasing albums in 2003 (Paper Monsters) and 2007 (Hourglass). Despite his bandmate Martin Gore continuing to be the main Depeche Mode songwriter, Gahan has contributed a number of songs to the band's most recent albums, Playing the Angel (2005) and Sounds of the Universe (2009). Two of these songs were released as singles, including "Suffer Well" in 2006 and "Hole to Feed" in 2009.

Description above from the Wikipedia article Dave Gahan, licensed under CC-BY-SA, full list of contributors on Wikipedia.