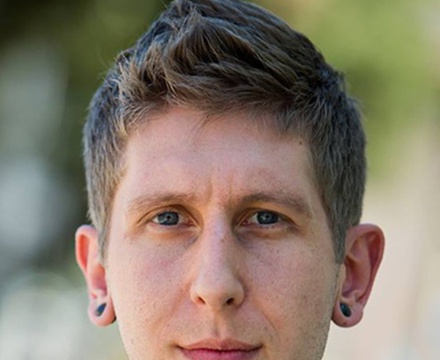 Perhaps one of the "pretty boys" of the mid-millennium in the adult film industry is Danny Wylde. Born October 21, 1985, this tall, boyishly-handsome performer made his debut in 2006 at 21 years old. A native of California, Danny completed his GED and from there attended various community colleges and regular colleges while working towards his career in film. His early work in front of cameras appeared more by chance, than as being a potential career in the adult filming world. His earnings from his earlier appearances on camera helped finance his collegiate pursuits, thus earning him a degree in film. Since his pornographic debut in 2006, Danny has worked for various companies and has appeared on dozens of websites. He is a frequent casting choice, often appearing in scenes involving older women. His physical attributes easily transfer between being an average, every day man to being somewhat nerdy, to being quite witty and charming. Ultimately, Danny has become a winning favorite of audiences of the adult film community.

Vivid-Ed and Tristan Taormino are back to help you achieve true expertise in all your back-door encounters! With a dive…