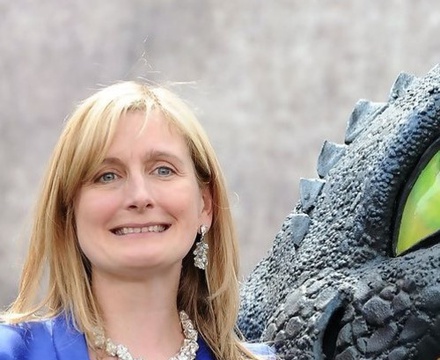 Cressida Cowell grew up in London and on a small, uninhabited island off the west coast of Scotland. The island had no roads, houses or electricity. The name of the island is a secret, but it was such a small island it wasn’t really big enough to have a name at all. There were no roads or shops, just a storm-blown, windy wilderness of sea-birds and heather.

When she was four, her family would be dropped off like castaways on the island by a local boatman and picked up again two weeks later. In those days there were no mobile phones, so they had absolutely no way of contacting the outside world during that time. If something went wrong, they just had to sit tight and hope that the boat really did come to pick them up in two weeks time.