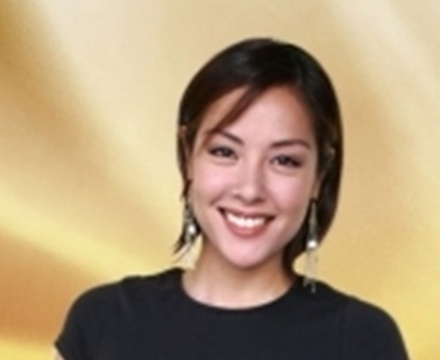 Cynthia Kristina Kurleto (born April 21, 1979) is a model, actress, and a former MTV VJ in thePhilippines. Her father is Austrian. She is known for being a commercial model and an FHM model in the Philippines and also for playing the role of Cassiopea in the hit series Encantadiaand its prequel/sequel Etheria.
The daughter of Faustina Verdillo and Friedrich Kurleto, following her parents' divorce she was raised by her mother in Austria where she grew up. Cindy finished her education from elementary to college and took a Hotel and Restaurant Management course. She later became a waitress. In 2001, she left her job and decided to take a vacation in her other home country, the Philippines. She sold her car and apartment, quit her job, bought a ticket, packed one suitcase and left for the Philippines. Long after arriving, she decided to settle in Legazpi City, Albay for good. It was during her hosting stint at a local ABS-CBN show in Legazpi that she was spotted by a talent scout and offered to do modelling jobs in Manila.[citation needed] Her first movie was Jerry Lopez Sineneng's Ngayong Nandito Ka with Kristine Hermosa, Jericho Rosales and Onemig Bondoc (2003). Kurleto has been appearing on commercials and FHM Philippines and local TV shows ever since. Kurleto was declared FHM Philippines "Sexiest Woman of the World" in 2004, and appeared on the cover of FHM Philippines on April 2004. She became a co-host in the longest noontime variety show "Eat Bulaga" and mainstay in Sundays' comedy show "Daddy Di Do Du". She left Eat Bulaga in November 2007. Her co-hosts at Eat Bulaga supported her decision.

Cindy Kurleto guides us how to do aerobics but in a sensual way. Learn from the expert how to do it properly and the be…