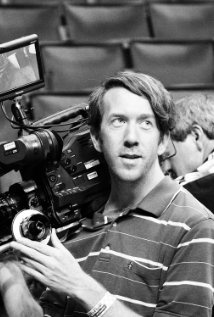 Chris Smith (born in 1970) is an American film director, cameraman, producer, writer, and editor. He is best known for directing American Movie, which was awarded the Grand Jury Prize for Documentary at the 1999 Sundance Film Festival.

Smith completed his first film, American Job, while attending the University of Wisconsin–Milwaukee's Graduate Film Program. Chris met Mark Borchardt (the subject of American Movie) while editing American Job, and began filming a documentary about the making of Mark's psychological thriller Coven. Both films played at the Sundance Film Festival, and American Movie was bought by Sony Pictures for $1 million.

Description above from the Wikipedia article Chris Smith (filmmaker), licensed under CC-BY-SA, full list of contributors on Wikipedia

AMERICAN MOVIE is the story of filmmaker Mark Borchardt, his mission, and his dream. Spanning over two years of intense…

The Yes Men claim the website GATT.org and pretend to represent the World Trade Organisation (WTO). The documentary fol…

American Job is a narrative film about Randy Scott (Randy Russell), a youth caught in the dismal confusion of living an…