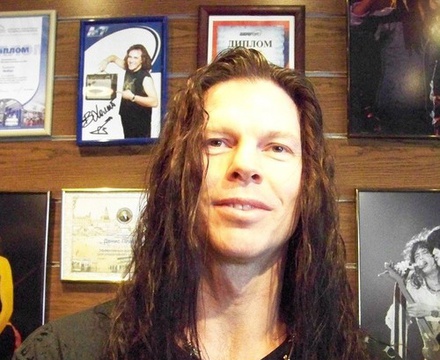 Christopher Broderick (born March 6, 1970 in Lakewood, Colorado, USA) is the lead and rhythm guitarist for the popular American thrash metal band Megadeth. He currently resides in Sherman Oaks, California. Formerly the lead guitarist and keyboardist for Jag Panzer, he appeared on the last four Jag Panzer albums The Age of Mastery, Thane to the Throne (a concept album about Shakespeare's Macbeth), Mechanized Warfare and Casting the Stones before moving on to Megadeth, replacing Glen Drover. Before joining Megadeth and while still in Jag Panzer, he was also a touring guitarist for Nevermore between 2001 and 2003 and then again between 2006 and 2007.

Description above from the Wikipedia article Chris Broderick, licensed under CC-BY-SA, full list of contributors on Wikipedia​

In March of 2010 Megadeth hit the road in celebration of the 20th anniversary of their classic 1990 album, Rust In Peac…