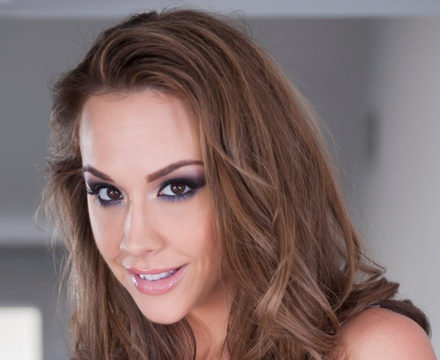 Chanel Preston is a pretty hot number. She is a brunette with brown eyes and while she comes from the frosty state of Alaska she is sure to warm up anyone's nights. She is a tall 5'8 model and she weighs 127 pounds, which is perfect for her height.
Chanel Preston has also used the name Chanel Prestor and she has nice big 33D tits. She is 100 per cent porn star material and has appeared in numerous solo, fetish and hardcore photos and videos. She didn't start her career until 2010, but she already has a bunch of awards and AVN nominations behind her.