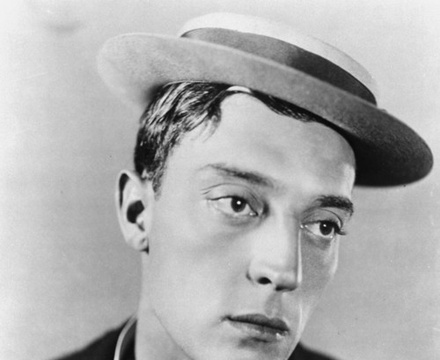 Buster Keaton (October 4, 1895 – February 1, 1966) was an American comic actor, filmmaker, producer and writer. He was best known for his silent films, in which his trademark was physical comedy with a consistently stoic, deadpan expression, earning him the nickname "The Great Stone Face".

Keaton was recognized as the seventh-greatest director of all time by Entertainment Weekly. In 1999, the American Film Institute ranked Keaton the 21st-greatest male star of all time. Critic Roger Ebert wrote of Keaton's "extraordinary period from 1920 to 1929, [when] he worked without interruption on a series of films that make him, arguably, the greatest actor-director in the history of the movies."Orson Welles stated that Keaton's The General is the greatest comedy ever made, the greatest Civil War film ever made, and perhaps the greatest film ever made. A 2002 worldwide poll by Sight & Sound ranked Keaton's The General as the 15th best film of all time. Three other Keaton films received votes in the magazine's survey: Our Hospitality, Sherlock, Jr., and The Navigator.

Description above from the Wikipedia article Buster Keaton, licensed under CC-BY-SA, full list of contributors on Wikipedia.