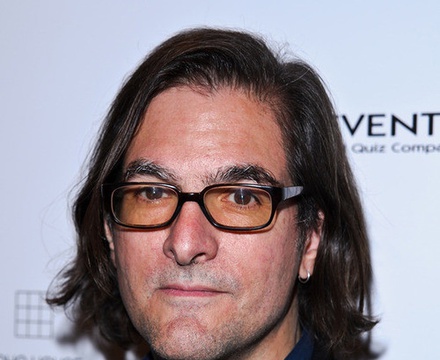 Buddy Giovinazzo is an independent filmmaker and author who is known for his gritty-low budget debut film, Combat Shock, and his collection of harrowing short stories of low urban life in his 1993 novel, Life is Hot in Cracktown.

Born May 5, 1957 in New York City, Buddy grew up in Staten Island. He went to the College of Staten Island where he graduated with a Masters in Cinema, later teaching film there as well.

He is the brother of Rick Giovinazzo (Ricky) who is a composer, orchestrator, and the star of his premier film, Combat Shock. His cousin is television and film star, Carmine Giovinazzo.

Description above from the Wikipedia article Buddy Giovinazzo, licensed under CC-BY-SA, full list of contributors on Wikipedia​