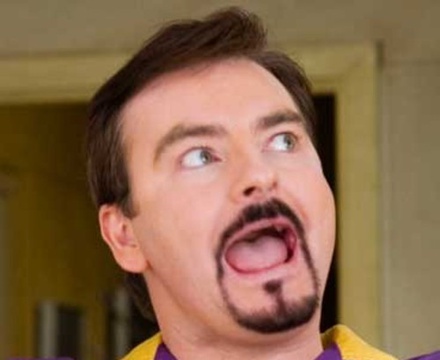 Brian Christopher O'Halloran (born December 20, 1969) is an American actor best known for his roles in Kevin Smith's View Askewniverse films, notably as Dante Hicks in Smith's debut film Clerks and its 2006 sequel, Clerks II. Aside from this, he has made small appearances in most of Smith's films, either as his Clerks character Dante Hicks or one of Dante's cousins.
O'Halloran was born in Manhattan, New York City, and lived in Old Bridge Township, New Jersey since the age of 13. A first-generation American, both his parents emigrated from Ireland. His father died when O'Halloran was 15 years old.

O'Halloran is the lead actor in Vulgar (2000), an obscure movie about a small town clown who is traumatized after he is attacked during one of his performances.
He has worked on theatre productions since high school. He has said on the subject of doing theatre:
“ Oh, yeah. It's the best training you can do, as an actor. To be in front of a live audience. There's no 'Stop, wait, oh geez, what was that line again?' It just sharpens your reflexes. It sharpens your interaction. And it definitely sharpens your memory because you have to know an entire show from beginning to end. ”
Since Clerks, O'Halloran has primarily been a stage actor, working with the Boomerang Theatre Company, the New Jersey Repertory Company and the Tri-State Actors Theatre, among others. He is currently a resident of Staten Island.

Description above from the Wikipedia article Brian O'Halloran, licensed under CC-BY-SA, full list of contributors on Wikipedia