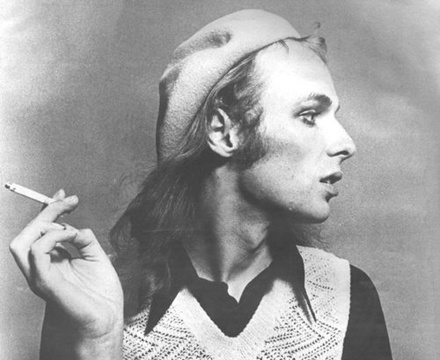 Brian Eno is an English musician, composer, record producer, singer, and visual artist, known as one of the principal innovators of ambient music.

Eno was a student of Roy Ascott on his Groundcourse at Ipswich Civic College. Then he studied at Colchester Institute art school in Essex, England, taking inspiration from minimalist painting.   He joined the band Roxy Music as synthesiser player in the early 1970s. Roxy Music's success in the glam rock scene came quickly, but Eno soon tired of touring and of conflicts with lead singer Bryan Ferry. Eno's solo music has explored more experimental musical styles and ambient music. It has also been extremely influential, pioneering ambient and generative music, innovating production techniques, and emphasising "theory over practice".

Eno pursues multimedia ventures in parallel to his music career, including art installations, a newspaper column in The Observer, a regular column on society and innovation in Prospect magazine, and "Oblique Strategies" (written with Peter Schmidt), a deck of cards in which cryptic remarks or random insights are intended to resolve dilemmas.

Free Will And Testament: The Robert Wyatt Story

Robert Wyatt is one of the best-kept secrets of contemporary British music. Drummer and vocalist in Soft Machine which …

A collage of Derek Jarman's super 8 footage spanning over 20 years.