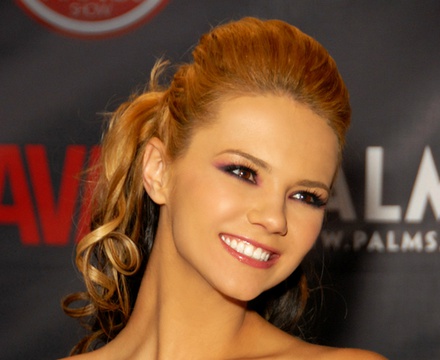 Brooke was born in Choctaw, Oklahoma. She was a cheerleader for nine years, and graduated from high school in May 2003. Prior to becoming an adult film actress in 2006, she worked at a used car dealership near Oklahoma City for over three years.Brooke has stated that she is "genuinely bisexual".

Brooke's first foray into adult entertainment was a photoshoot for an Oklahoma-based magazine. She soon after worked briefly as a stripper.She became an exclusive contract performer with New Sensations / Digital Sin in 2007,and in 2009 made her directing debut with Ashlynn Brooke’s Lesbian Fantasies. She has cameos in Buckcherry's "Too Drunk..." music video and the horror film Piranha 3D.

Brooke stated that she then briefly became involved with starring in and producing female-only pornography, but that being the girl who "tries to direct all-girl features, but isn’t a 'real' lesbian" wasn't working. On her pregnancy, Brooke stated that she "would never have a child and continue" in the industry but that she was already "done before finding out about" it. Brooke stated that after the birth of her child, "nothing on earth could’ve made me happier at that very moment. It was like God just reached down and literally removed me from 'that world' and put me back into the 'real' one. I knew that from that point on my life would be peaceful, happy, and full of love again!"